Before I begin, y'all know that J.G. Wentworth commercial where people are screaming out of their windows, "It's my money!  And I want it now!"  Whenever I used to see that commercial I would always daydream of throwing rocks, bricks, or full trash bags at those people and the one guy screaming it out of his car window, I would daydream someone would punch him in the face.  Oh...  What wacky daydreams I have....

However!  What I want right now is The Evil Within!  I am so amp'd up for this game that it's pretty much bordering on obsession.  Actually, I think by this point, we've well crossed the boarder of obsession, left that behind, and have spiraled into complete and utter idee fixe.  Actually obsession and idee fixe are the same word, but I just think obsession is a milder form of idee fixe.  But either way, I am off the deep end when it comes to The Evil Within.

I keep looking for new gameplay stuff on Youtube, only to come back with the same clips I always get.  But yesterday they posted a video of how some of the sounds in the game were created and that was...  Something...  I don't quite have the words to describe what it is.  And while that was...  Something, there was nothing new gameplay wise which makes me sad.  Plus with Tokyo Game Show falling on the same weekend as the wedding next week, I probably won't be able to see any new stuff at all until AFTER I come back from the honeymoon.

Why Tokyo Game Show?!?!?!?!  Why are you being so cruel to me, after all the love and devotion I give to you?!  How can you be so heartless?!

Oh boy, it's going to be a rough 33 days.  But at least after I get back, there will only be one more week until release time, so I guess that's a plus.  I'll probably be on the cruise pining for new trailers though.  And yes, I am completely aware of how sad that is, no need to remind me.

Since I don't have any new videos, here's a creepy picture that popped up on The Evil Within's Facebook...  Note to self, safes are not safe at all!  Please do not open safes!  When you see the picture I have, you'll understand why I said that. 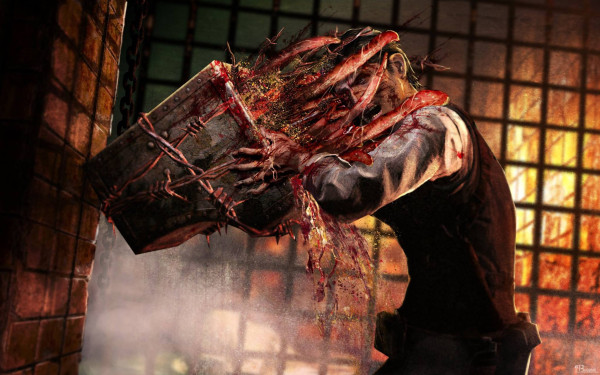